Going through a divorce can be difficult enough, but what if you’re still in your late 20’s or 30’s and know that you definitely want to have a baby and start a family with another partner later in life? Meeting someone new and establishing a trust and bond will take time. Consider egg freezing as an option to preserve your fertility and egg quality. 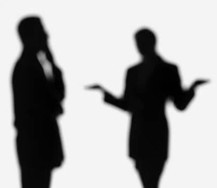 Freezing My Eggs Bought Me Time

“I didn’t intentionally delay having children nor plan to get a divorce. My life and my fertility veered off course. Freezing my eggs bought me time and the possibility to have a child in the future. It’s not a sure thing, but a gamble I am willing to take.”

Source: Later, Baby: Will Freezing Your Eggs Free Your Career

“In 2004 my then husband informed me that he wasn’t sure if, after all, he wanted children, and if he did, he wanted to wait until he was 40. At that time, I was 32. A host of factors led to our divorce and by then I was 33. I had been very clear with him that I wanted children, and after the divorce, I felt pressure toward being with someone that also wanted children. After an unsuccessful rebound relationship, I wanted to take the pressure off myself of finding Mr. Right right away, and I think I initially saw an online ad that led me to explore egg freezing.”