The Stigma Attached to Infertility 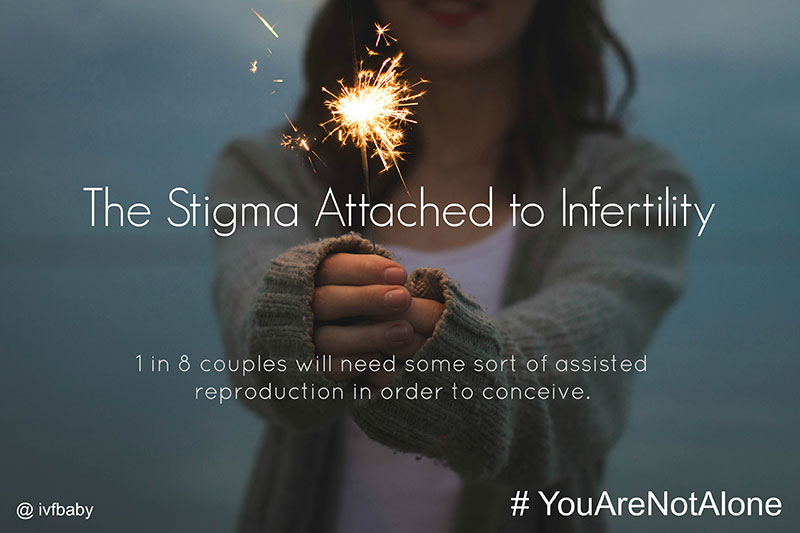 As a little girl, I used to daydream about being a mother. Of course I’d be married to a handsome guy and we would have three perfect babies, two boys and a girl. As I got older, I hung on to the dream and always assumed when the time came, achieving that dream would be simple.

I come from a large Catholic family and Catholics are famous for having large families. So imagine my surprise when at age 28, I realized achieving that dream would be hard. Aside from the emotional challenges and the stress it adds to a relationship, there is also the social stigma that comes along with infertility. Something I was not aware of until I was associated with being infertile.

In many countries, fertility is looked at as something to be respected. If you are labeled infertile, it is like a stamp of shame. The label and shame almost always fall on the woman, as if she is almost less of a woman for not being able to carry a child. You would think that by the 21st century, infertility would be widely discussed and the stigma attached to it would not weigh as much. The truth is, infertility has only recently become a topic that pops up on blogs and newsfeeds.

Way back when, it was thought that infertility was God’s way of punishing a woman for her sin. Thankfully that is not a theory that is widely accepted in this day and age. Although, as someone who carries the weight of infertility with her daily, I sometimes let the irrational part of my brain take hold and wonder if this is punishment for something I did in a past life.

Dealing With Those Who Don’t Understand

The stigma that accompanies infertility is far reaching. The questions and comments come like clock work. “When are you going to have a baby?” Or, “Don’t wait too long, your biological clock is ticking.” Or, “Do you not want kids?” In our society, it is expected that a couple will procreate. It is perceived as unnatural if it does not happen after a certain amount of time. Each of these questions feel like a punch to the gut, and often weighs like a ton of bricks to a couple having difficulty conceiving. The stigma of being childless is tough to bear.

If a couple is brave enough to disclose they are having difficulty conceiving, it opens a whole other can of worms. Some will be understanding and may even share their own troubles. Others will not know how to react and will start offering advice, no matter how inappropriate it is. The questions and advice will change from “When are you having kids?” to “Just relax, it will happen when you least expect it.” Or, “You’re trying too hard.” Or, “Just have more sex!” All unproductive, and changes the perceived stigma of just being childless – to being childless, but not by choice.

I am not a mother of twins, but I have many friends who are. Some of them are “natural” twins and some of them are not. My friends say they lost count of the number of times they were asked if they were “natural” – both when they were pregnant, and afterwards. For the ones who conceived their multiples through assisted reproduction, they say the person asking the question almost seemed disappointed if they told them they had utilized fertility treatment. As if their twins were any less special than twins conceived without assisted reproduction.

You Are Not Alone

The reality of infertility is, it is not your fault (the man or the woman’s). In many cases, pinpointing why a couple is infertile is hard to do. Even if a root cause can be identified, many times there is no way to know what caused it. Additionally, all children are miracles, whether their parents went through rigorous fertility treatments or not. We are lucky we live in an era where there are so many options to couples trying to conceive, and the technology in itself can be looked at as a miracle.

The stigma of being labeled as infertile is not something anyone wants. Sometimes couples will disclose and discuss their difficulties reproducing with friends and family. However, some couples want to avoid the stigma associated with infertility and will keep their difficulties to themselves. Either way, the only way to reduce the stigma attached to infertility is to encourage the conversation and to educate and empower couples when they are facing difficulties with conceiving.