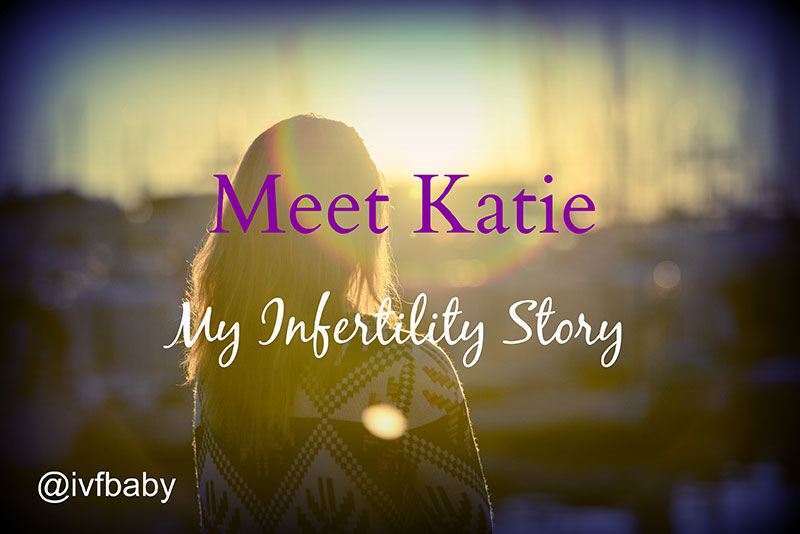 My name is Katie, and I am many things in this world. I am a mama to probably the cutest, smartest and funniest seventeen-month-old little boy. I am a wife of three years to my best friend. I am a daughter of two wonderful parents and a sister to a pretty cool brother.

I am a marketing professional in the healthcare industry as well as a blogger. I consider myself to be an extroverted-introvert and am incredibly happy spending my Friday nights watching Dateline while drinking a glass of wine in my yoga pants.

Other things I enjoy include my two dogs (sometimes), shopping and sleeping past 6:30 am. Things I do not enjoy are getting up before 7:30 am, cleaning my house and sweating it out at the gym. I am also an infertility graduate, as well as a woman dealing with secondary infertility.

We all have our own stories, some more gut-wrenching than others. I’ll try to condense mine. With our first child, we tried for sixteen months before finally getting pregnant with our take-home baby, who was also a rainbow baby. For the first 12 months, they couldn’t diagnose me – while I did not have a period or ovulate, all of my tests were normal, not revealing any specific condition.

Finally, in July of 2012, after three unsuccessful rounds of Clomid, I underwent laparoscopic surgery for stage I endometriosis. Unfortunately, it did not jump-start my cycle as my doctors had hoped, so back on Clomid I went.

We got pregnant that cycle, but it ended in a chemical pregnancy. The following month (November 2012), we transitioned doctors and took a month off. For some odd reason, I ovulated on my own that month – the first time in sixteen months. Ten days later there were two pink lines on the pregnancy stick and a mama who was both elated and terrified at the same time. Eight months later on July 15, 2013, I gave birth at 36 weeks and one day to an 8 pound, 5-ounce baby boy.

The following 12 months were spent navigating this roller coaster called parenting. It was an amazing year, full of challenges and more love than I could have ever imagined. In June of 2014 I finished up nursing, sat back and crossed my fingers that my cycle would return. Two months later, I had never been so excited to get my period – my body was working! My husband and I decided right away to start trying for number two.

The first cycle was a bit off – a few days longer than what was normal for me, but we didn’t think much of it. That cycle did not result in a pregnancy. The next cycle, something in my gut told me to go get checked out. Sure enough, throughout that month of testing, my cycle went to hell and it was revealed that I also had polycystic ovarian syndrome (PCOS). I probably had it with my son as well, but now we had some hard evidence of it. 54 days later, I had still not ovulated.

That brings us to November. After taking Provera to force my period, I started on Femara, which is now present day. We are currently in our two-week wait to see if this cycle worked.

You Are Not Alone

I put us fertility-challenged women into one of two categories – in the closet or out of the closet. I am the type that wears my emotions on my sleeve and has always been very open about my fertility challenges. Nothing quiets those questioning why you don’t have kids yet like telling them you’re infertile. I could go off on a tangent about some of the comments I have gotten over the years, but all it takes is to tell them once that you have to take drugs in order to get pregnant and they never bring it up again.

Quieting the nosey-nellies is not the only reason I talk about infertility. I also talk about it to help those who are in the closet. Being infertile is awful. It’s a very lonely, sad place to be and one can easily isolate themselves. I know because I’ve been there…and I am kind of there again.

Hiding friends on your Facebook feed after they announce they’re pregnant (and oh, by the way, they weren’t even trying), sending gift cards and making up excuses for not attending baby showers, scrolling through your Pinterest feed of nothing but nursery ideas other friends have pinned…it gets to be too much.

And for those who are lucky enough to have never had to deal with it – it’s just one of those things they’ll never understand, even though the good friends, will try really hard to. So, I talk. To help those both in and out of the closet know that they’re not alone.

As I wrap up here, know that infertility does not define who I am. But it is a part of me. I am excited to be writing for this blog – to not only help educate on various aspects of infertility but to also learn and hopefully, get to know some of you.