The ART of Egg Freezing 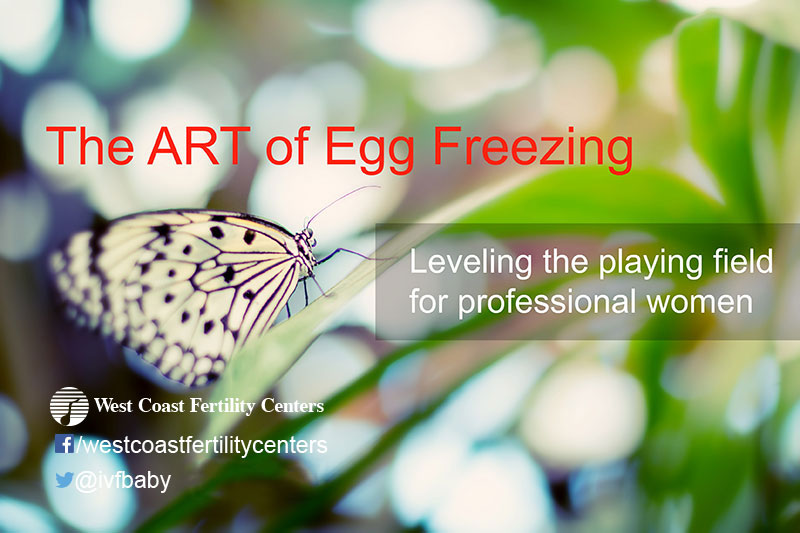 When I first heard about egg freezing, I kept thinking that the terminology was being used incorrectly and the media was referring to embryo freezing, which I knew had been around for quite some time as part of the standard offerings of most infertility clinics. My now 12-year-old daughter is the product of embryo freezing technology, so like many misused infertility terms (implanted being the most misused – but that’s a topic for another article), I simply assumed ‘egg’ had been mistakenly typed when embryo was what was meant.

It’s Clearly Not a Party

The first ad I saw referencing New York City egg freezing parties made me realize I was not up with the times. I was intrigued when I read about how this new technology had the potential to level the playing field for professional women unfairly saddled with the biological burden of having to choose motherhood over career. The ad copy held the promise of an assisted reproductive time machine, where a woman’s biology could be frozen in time, ‘vitrified’ or ‘flash frozen,’ so that when the time was right, and the ladder had been climbed, these frozen eggs would provide a path back to a youthful, more fertile biology – to allow for a higher chance of fertility success.

This is no small feat. The challenges inherent in freezing an egg, that is composed mostly of water, required a new approach to the slow freezing method that had worked so well for embryo and sperm freezing. The new process, called vitrification, freezes the eggs so fast that no ice crystals can form, preventing crystallization from causing damage to the egg.

Apparently, the disclosure requirements for the party ads don’t require that small print warning of what’s involved in the egg retrieval process. So having been the administrator of over more than 13 embryo transfer cycles in our infertility journey, I decided to see exactly what the fine print might look like.

From what I can see, the process is basically like doing half an IVF. Using this checklist from the Society for Assisted Reproductive Technology, here’s a rundown of what to expect:

The eggs are frozen, you set up your storage plan, and then thaw the frozen eggs when you are ready to start your family. The steps below are what will happen when you decide to use the eggs later.

Egg Freezing is a Proven Science

One thing I noticed when researching this topic was that there are a lot of scary stories about how egg freezing is an unproven science and that the ASRM was not endorsing it as an alternative to trying to have a family when a woman’s biology is more apt to be able to conceive. Most of these appear to be from articles and blog posts before 2012.

This is worth a few extra words of mention. The American Society for Reproductive Medicine was a little reluctant to sign off on this as a valid treatment, pending studies and success rates to prove its advertised benefits. However, an article on CNN.com in October of 2012 provides what amounts to the ASRM’s ‘standard procedure’ blessing with some encouraging success rates:

The ASRM still doesn’t want to see women flocking to egg freezing clinics and put off child-bearing until their careers take off, and there is still plenty of debate over whether this simply reinforces the arguable social injustice of women’s biology in the workplace (men can have successful careers without delaying fatherhood, while women feel pressured to choose one or the other).

What is clear is the ART of egg freezing is a viable medical alternative to rolling the infertility success dice later in life, as eggs lose their ability to transform into babies with a woman’s age.