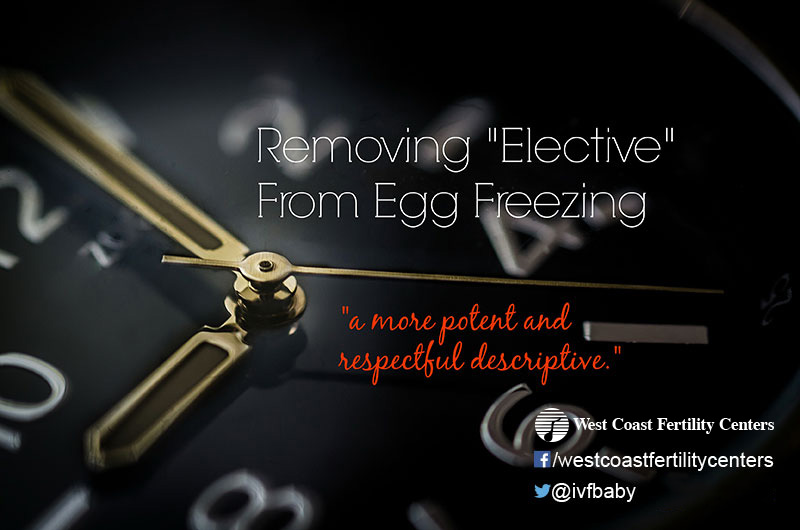 I remember when going through infertility treatments, we were constantly arguing with people over whether infertility insurance coverage should be provided universally for couples who need medical assistance to have a baby. A relative who happens to work in the medical field said it shouldn’t be covered because it is “optional” to have a child, and compared it to getting breast enlargement surgery.

Once the dust settled from the verbal scuffle that ensued, I went on Facebook and some other social media sites and noticed that there is a consistent thread of people, most of whom have never experienced infertility, that believe going to the lengths of assisted reproduction to conceive a child is a form of vanity.

It only seems natural that the same stigma might be attached to elective egg freezing.

How It All Got Started

Most of the fertility clinic websites I perused explains that elective egg freezing started as a way for women facing cancer treatment to protect their biology against the harmful effects of radiation and cancer drugs. When the American Society for Reproductive Medicine gave egg freezing its blessing after a number of studies showed that the success rates and thawing techniques have improved, the term ‘fertility preservation’ started popping up.

I’ve read stories that describe women who were divorced in their thirties with no children, choosing to freeze their eggs to save their biology at the ‘below 38’ benchmark that seems to be the tipping point before IVF success rates begin to drop. While some might argue that these women just ‘aren’t meant to have children,’ I would argue that women willing to put themselves through the rigors of growing the eggs, having them retrieved, and then financially supporting their cryogenic storage deserve every chance at motherhood they can get.

In a society that spends so much time talking about a woman’s right to choose, elective egg freezing speaks to the right to choose to control her future family potential whether delayed by career or lack of a life partner. This is hardly a vanity. The biological urge to grow a child is hardwired into women by nature. Unfortunately, the societal framework we’ve built with education, jobs, and financial stability works in direct opposition to having a child during the prime child-bearing years. Elective egg freezing gives women a reprieve from nature’s egg aging process, and allows them to pursue the gravity of that motherhood pull even if their actual biological age has passed primetime.

A Core Course for Late Motherhood

I would like to see the “elective” part removed from the term elective egg freezing. I always remember electives in college as those classes you took when you weren’t really sure what you wanted to do with your life, or just to fill the basic requirements before you chose a major. When it comes to fertility preservation, egg freezing provides a core course on the path to a lifetime degree in ‘later in life’ motherhood.

Spending thousands of dollars, enduring a fertility drug regimen, and having a needle stuck into your nether regions to preserve better odds of having a child later in life deserves a more potent and respectful descriptive than “elective.”