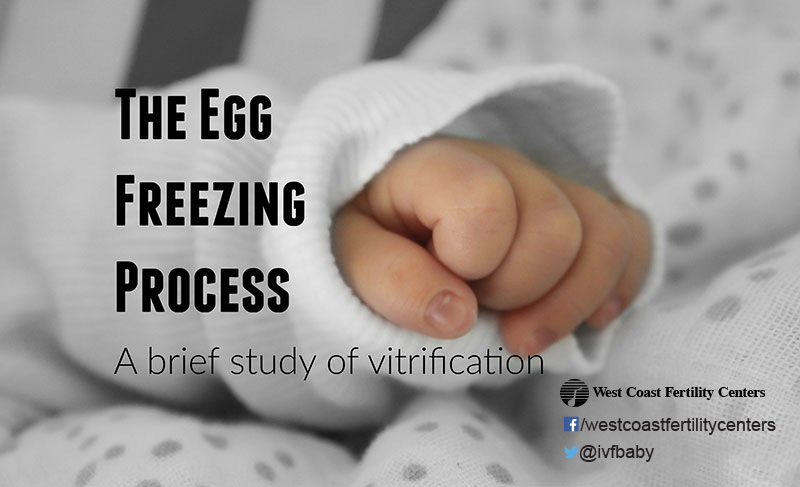 Ever since I ran across the term vitrification, the scientific word for the hi-tech method used to freeze women’s eggs for a potential future shot at fertilization, I have had a vision of David Letterman dressed in an icicle-covered egg suit with a heavily patterned bright tie, staring googly-eyed at the camera saying, “I’ve been vitrified!” If you aren’t a late night TV aficionado, then you might not be acquainted with the actual, “I’ve been hypnotized,” shtick that often followed a failing opening monologue or a poorly received joke.

All humor aside, vitrification is an amazing breakthrough for preserving a woman’s eggs. The basic problem with freezing eggs, versus sperm or embryos, is that eggs are made of mostly water. Because of this, ice crystals would form when freezing was attempted, and these crystals would damage the cell’s structure, making them unusable. Even though doctors tried to remove the crystals as they thawed, the pregnancy outcomes for these eggs were very poor.

This diagram of the human egg gives an idea of just how many parts need to be protected: 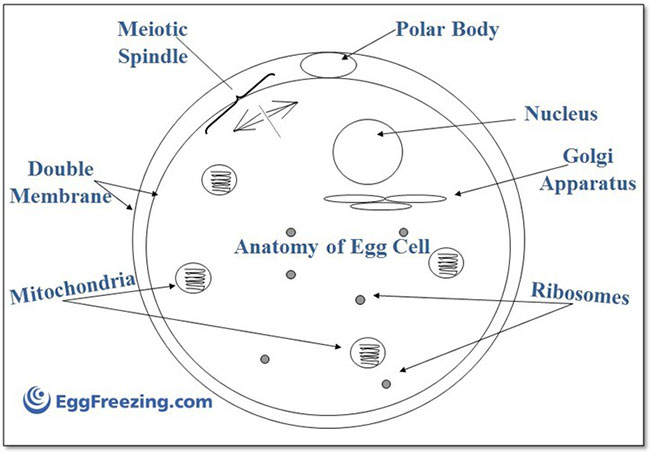 A Brief Study of Vitrification

This is the part where the anti-freeze egg freezing revolution, also known as vitrification, came into play. I am convinced a guy came up with this process because it actually involves using an anti-freeze type substance. Before you get out the turkey baster and Prestone, this technique requires an extreme amount of care.

The key to the whole process is a smooth transfer of the natural fluid out of the egg while keeping a combination of sucrose and propanediol (the anti-freeze) flowing in at the same time. Once this is accomplished, the eggs are quickly frozen, or vitrified, which keeps any ice crystals from forming that could damage any of the delicate cellular parts.

Infertility clinics have gotten so good at vitrification that four randomized studies done by the American Society of Reproductive Medicine’s practice committee showed vitrified eggs had fertilization rates between 71 and 79%, implantation rates between 17 and 41% and positive pregnancy tests between 36 and 61%.

More good news if you’re worried about how the freezing process might affect your little, frozen eggs: the data didn’t show any increase in birth defects, developmental disorders or chromosomal abnormalities when IVF cycles were done with vitrified eggs.

The process doesn’t quite end once the eggs are on ice – they have to be stored, and putting them in the freezer in the garage isn’t going to cut it. These little potential guys or girls will need to be kept in a special clinic freezer at a couple of hundred degrees below zero, which means you’ll be paying rent for them until that magical day you decide it’s time to thaw them out and have them meet the other half of their biology.

If all goes well and you fall into the 36 to 61% positive pregnancy success category, you can don your egg suit and David Letterman demeanor when you tease your formerly frozen egg about the old days when he or she was ‘vitrified.’