Home / Science & Technology / What is an Oocyte?

What is an Oocyte? 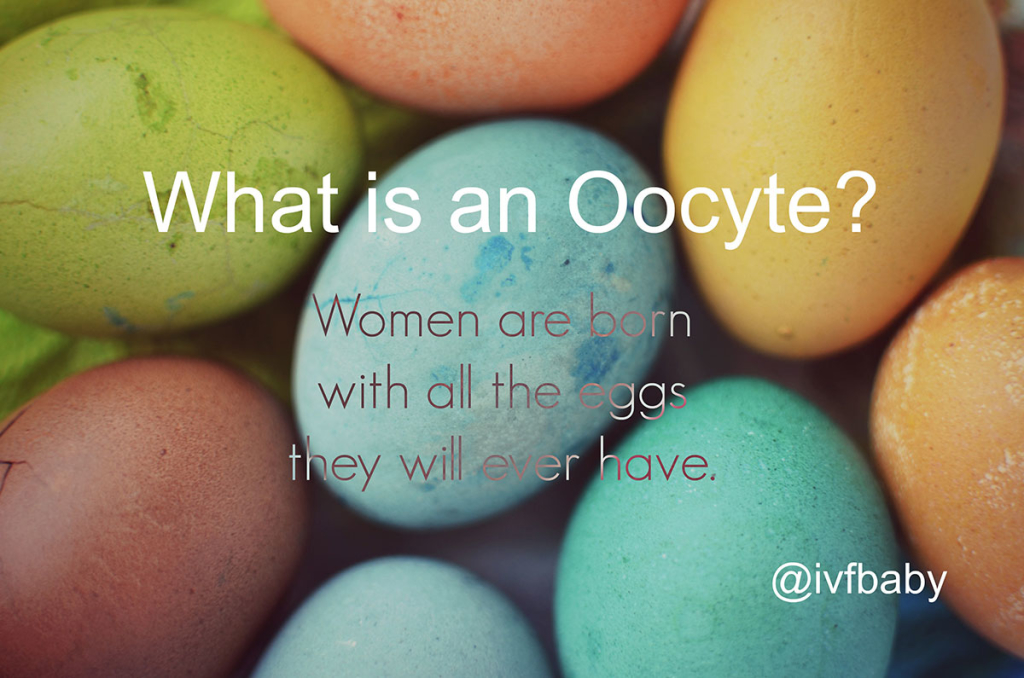 We learn in biology class that a woman produces an egg, the man produces some sperm, they meet up during intercourse, and a baby is created. But what comes before the egg? The answer to that question is an oocyte. While women are born with upwards of a million oocytes, by the time they reach their child bearing years, that number has dwindled – impacting ongoing fertility.

The Beginning of Life

An oocyte is the very beginning of human life – in the simplest of terms, it is an immature egg cell. Throughout the process of ovulation, this immature egg cell eventually matures and becomes an ovum, or egg. For human females, ovulation occurs mid-way through their monthly cycle, which is typically around 28 days.

A woman’s monthly cycle can be divided into two parts – the follicular phase and the luteal phase. It is during the follicular phase that the pituitary gland starts to produce the follicle stimulating hormone (FSH) which allows the oocyte to develop. Once the oocyte has developed, it will leave the follicle, at which time the pituitary gland starts production of the luteinizing hormone, or LH. The LH hormone triggers ovulation at which time the oocyte (now an egg) starts to travel down the fallopian tubes.

Born With All the Eggs You’ll Ever Have

A woman is born with about one million oocytes, or egg cells – the maximum number of egg cells she will ever have in her life. By the time she hits puberty, that number drops to around 300,000. From those 300,000 only about 300-400 oocytes will turn into eggs through the process of ovulation. As time goes on, fewer oocytes remain, contributing to a woman’s declining fertility as she ages.

When a woman is undergoing the procedure to harvest and freeze her eggs, part of the process is to stimulate the woman’s reproductive system to start the maturation of the oocyte. There are many medications available to induce ovulation, including but not limited to Clomid, Letrozole and injectable FSH hormone products. These drugs are given early in the menstrual cycle. The way each of the drugs work in a woman’s reproductive system vary, but the end result is stimulation of the oocytes to produce an egg; ideally, many eggs.

A woman’s limited number of oocytes is an important factor when considering egg cryopreservation, or egg freezing. The longer a woman waits to freeze her eggs, the fewer oocytes are available for harvest. Additionally, the quality of available oocytes declines.

How To Check if Egg Freezing is Necessary

The ideal age for a woman to freeze her egg depends on multiple factors, including if she has cancer or is pre-menopausal. However, a healthy female with no other risk factors in her early 30’s is typically the ideal candidate for egg freezing.

There are a few tests a woman can undergo to determine if she has any medical conditions such as pre-menopause or if she has a low supply of oocytes. The first is a Follicle Stimulating Hormone (FSH) test, which is a simple blood test conducted on the third day of a woman’s cycle. This test essentially measures how hard a woman’s body has to work to produce a mature oocyte. Abnormal results for this test may indicate a woman’s body is going into menopause.

Another blood test that may be conducted is the Anti-Mullerian Hormone (AMH) test. This test can be done on any day of a woman’s cycle and can give doctors an idea of how many oocytes a woman has available. Women with a higher number typically respond better to ovarian stimulation.

Social factors may also play a role in a woman’s fertility. Women are waiting until later in life to start a family, giving them a chance to finish their education and start a career. The downside to this is declining fertility. A woman in her late 20’s or early 30’s who is not ready to start a family, but wants to have the option of a biological child later in life, may also want to consider freezing her eggs.

There are many things that affect a woman’s fertility, including age and other physical factors. A woman’s limited number of oocytes is the first thing to consider. Determining what your risk factors are, including your age, your ovarian reserve and how hard your body has to work to produce eggs, will allow you to make an educated decision when considering egg freezing.